I first noticed you several years ago, when you served as Paris Hilton’s mouthpiece. I was a bit surprised because I pictured Paris as the type to have a younger, hip female public relations rep.

But over the following months, Paris gave you unlimited opportunities to issue statements on her behalf, and time and time again, you were there. Standing there beside her, everyone listened as you spoke earnestly of whatever issue it was that day. You were vague, yet firm. You offered little or nothing and still satisfied the press.

We know it is your words coming out of Paris’ mouth when she speaks of personal growth, learning experiences, and remorse. You know the power of acknowledging remorse.

Sometimes, during press conference #17 of the week, I see the look on your face, as if you’re wondering, “How did I go from representing John Lennon, to this?” Explaining that no, actually Hilton is great friends with Lindsay Lohan and Britney Spears and she wishes them both nothing but happiness and good health. Yes, the Firecrotch incident—Mr. Brandon Davis’ outbursts the other night were in poor taste and certainly not shared by Hilton. And that baggie of green stuff photographed while she left her purse gaping open? Let’s not make hasty judgements.

“ Things are not always as they appear. It would be unfair to draw any conclusions based solely on these photos.”

You rule, Elliot. Some of your lines are absolute gold. You tell them something, while also sorta reminding them it’s really none of their business. And it’s not.

Your newest client is none other than K-Fed’s lawyer. He looks safe standing next to you, the great wall of perfect PR. 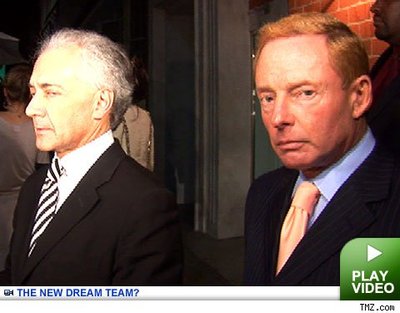 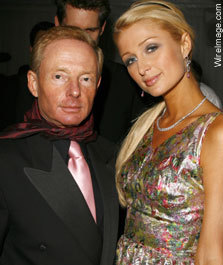