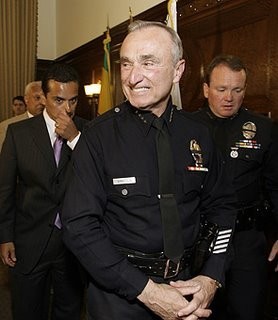 Usually, cops never make my ‘hot’ list.   But this guy is awesome.  He could have bought into the bleeding heart BS and maybe won some people over, but Bratton stuck to his guns AND issued a fabulous press statement.

Background:   Chief Bratton turned down a law intended to control the paparazzi.  This law was proposed following the recent Britney Spears drama.  This is what the man had to say:

“What we need is Britney Spears to stay home instead of traipsing all over town. That would solve the problem. We don’t need additional laws…. I’ve got laws coming out my ears to deal with this issue.

What you have is several young women in this town and several young men basically making fools of themselves and tying up not only my resources but the resources of the media that would do better covering legitimate stories instead of a bunch of airheads running around out there.

Quite clearly some of these characters so favored by the paparazzi are clearly in need of services. Not police services, but psychiatric services.”

YES!   I admit, when I first heard about this law proposal, I thought it had some good merit behind it.  But now that I think about it,  the Chief is right.   Why accomodate attention whores?   As long as Britney stays on her meds, none of this crap will go on for any longer. 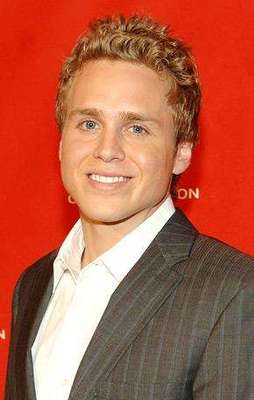 If you don’t already know who this douchebag is, he is one of those spoiled idiots off “The Hills.”   You know, the “reality” show with actresses Lauren Conrad and Heidi Montag.   Spencer is hard not to dislike.  He is the arrogant preppie kid you went to highschool with who had everything cut out for him without ever having to work for it.

My distaste for Spencer is so insane, that up until now I never acknowledged his existence.  But his well-orchestrated Valentines Day photo op threw me over the edge.   He and his gf Heidi showed up at a docked boat, in front of paparrazi of course, and exchanged gifts and phony romantic looks.  Ridiculous and it makes me think violent thoughts.   Just look at some of these gems. 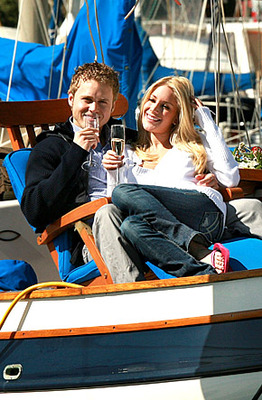 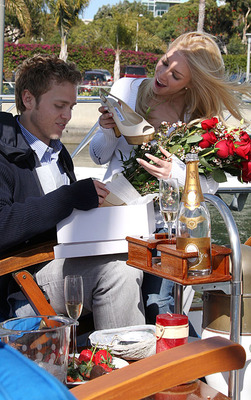 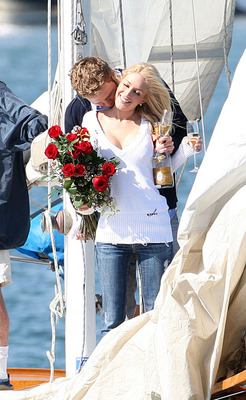 Wow, this looks natural.   Seriously—who does this shit?   Heidi is just as annoying, but I’m pretty sure Spencer is the brains behind their frequent publicity stunt operations.

So there you have it— Chief of LAPD=awesome…….Spencer Pratt=go F yourself.