“If you’re finding life to be the one thing that’s trying to kill you, I want you to stay alive to rise with the sun and fight back.”
–Henry Rollins 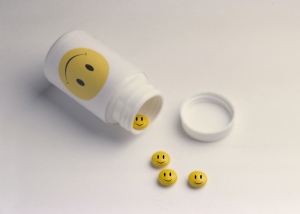 It’s been a dramatic 2 weeks. I snapped. I quit Chantix. I felt like crap the entire 2 1/2 weeks I was on it. Just not worth the side effects, in my opinion. My landlord set everything into motion by queening out on me over a financial issue that was partly his fault. His tantrum came on the same day I’d been released from the emergency room due to an upset gall bladder. He spoke to me in a very condescending, verbally abusive fashion.

Later in the week, both of my of contact lenses tore; they were my last remaining pair and I don’t own glasses. Being completely broke thanks to my deadbeat landlord further complicated matters. Meanwhile, I received a random carpet cleaning newsletter via email from the guy I used to be in love with but whom was never “available.” It is good to know his carpet cleaning company is #1 in DC. My boss caught me sneaking out two hours early. And State Farm cut off my life insurance because of an ensuing late payment. So I even had to worry about getting killed and being a burden to my family. Thanks a lot. All of you.

Anyway. After I snapped, full-blooded anger ensued. I imagined beating up my landlord on a street corner. Fantasy scenarios involving him failing at life occupied my mind for hours. I realized how much I miss aerobic kick-boxing. My beloved best friend and I resorted to juvenile tactics and it was wonderful. Landlord may have received an anonymous picture message on his IPhone of another man’s penis.

And on the 7th day, I visited my psychiatrist.
A chemical imbalance is a chemical imbalance. Genetics have given me a very special hand of cards in life. My only advice is, if almost everyone in your extended family takes antidepressants/anxiety medication, you may want to look into it when life just seems harder and harder. One cannot “talk” themselves out of an imbalance. And one shouldn’t have to.

It’s my first week on Effexor and I love feeling human again. I was able to climb out of bed for work before 7am for the first time in years. My tax returns come in this week, I’ve got new contact lenses, and tonight I see Henry Rollins live in Washington, DC. My landlord will always be a sub-human creature, but it was my choice to screw up the dynamics by sleeping with him. “Don’t shit where you eat” is right, boys and girls.

1.  The gallbladder attack was actually caused by the Chantix.  I didn’t put 2+2 together until later.  Google confirmed.  Chantix has a reputation for causing gall bladder attacks.

2.  I quit effexor in September/October of 2012.  I followed the directions of my mental health pro and weaned very slooowwwllllly.  BUT – the withdrawal was long and a huge pain in the ass.   If anyone reads this and is going off Effexor or thinking about going off Effexor, I’ve got some advice.

3.  The landlord and I never repaired our relationship.  He tried, but I’m definitely holding a life-long grudge on this one.  Blessing in disguise.